Mystery Box is an award-winning digital production and design agency that champions innovation with a unique way of working.

Born out of the recognition that the traditional agency model is less relevant today – Mystery Box does things differently.

We have been consistently producing beautifully crafted and intelligent work under client direction, since 2011.

Mystery Box’s unique framework allows us to deliver the best talent, with the assurance of working with a disciplined and cost-effective partner.

We’ve turned our back on the traditional agency setup; our entire team works remotely and happily, enabling us to reduce our internal overheads and subsequently, deliver more – for less. Agencies with a traditional office are restricted by the talent able to commute to their office each day – Mystery Box contains the best global talent; full stop.

Incorporating an elite selection of global graphic designers, inspired web developers, animators, photographers and SEO specialists, we have evolved our services around the needs of our clients and offer a unique blend of strategy, creative, digital and online marketing services. Whatever your brief, we have the experienced experts who will deliver stand-out creative and technical work.

Browse a selection of creative solutions to our clients’ problems here and get in touch to peek inside the Mystery Box.

"We have worked with Mystery Box for over 8 years. They have such a good understanding of the brief and consistently deliver, time and time again. The team are great!"

"Your creations are absolutely wonderful. We are keen to continue our partnership with Mystery Box - the creative is strong and your output is phenomenal."

"Mystery Box’s work not only stands at the forefront of modern design and development but sets an incredibly high bar for any competition. They’re a team that we can always rely on." 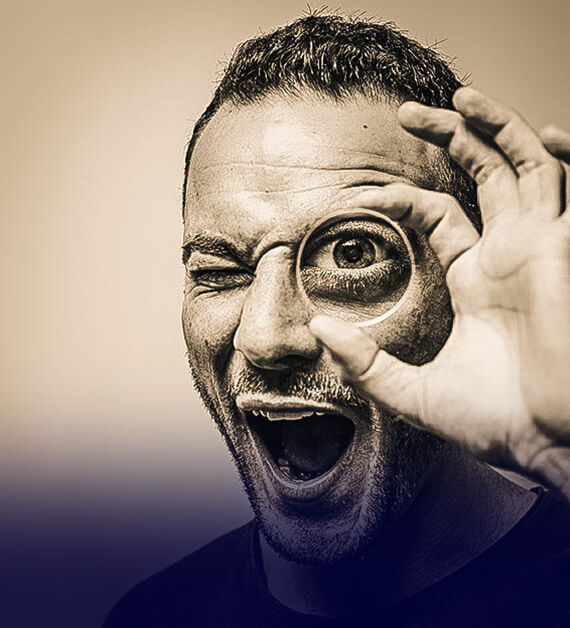 Alex began his career in television production for the BBC and went on to join legendary digital production company UNIT9 as VP, before founding Mystery Box in 2011.

He is an Executive Producer and Creative Technologist.

Alex leads and unites the departments overseen by the Creative Director and Technical Director, by marrying the visual aesthetic with what is technically viable.

He directs and controls all business activities, holding ultimate responsibility for the day-to-day running of the agency and its strategic direction.

Alex is passionate about mechanical wristwatches, particularly the intersection where precision engineering and elegant design meet. 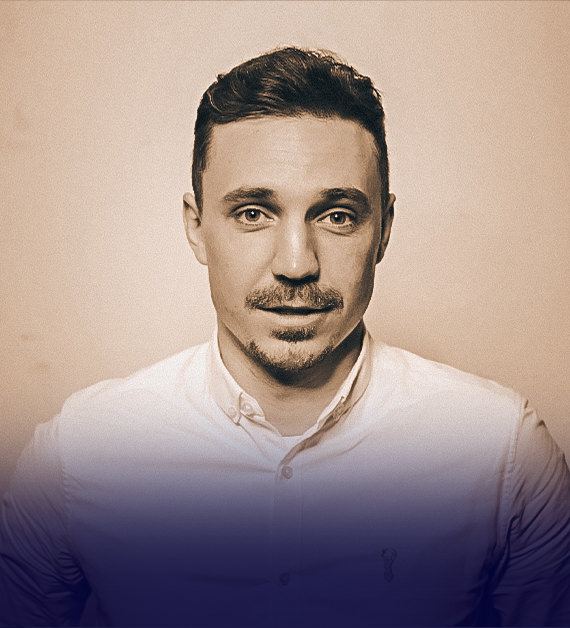 Warren leads and manages our team of digital and print designers,  defining campaign strategies across digital design and production.

In his spare time, he enjoys being immersed in rich VR content with a quality glass of single malt scotch within arms reach! 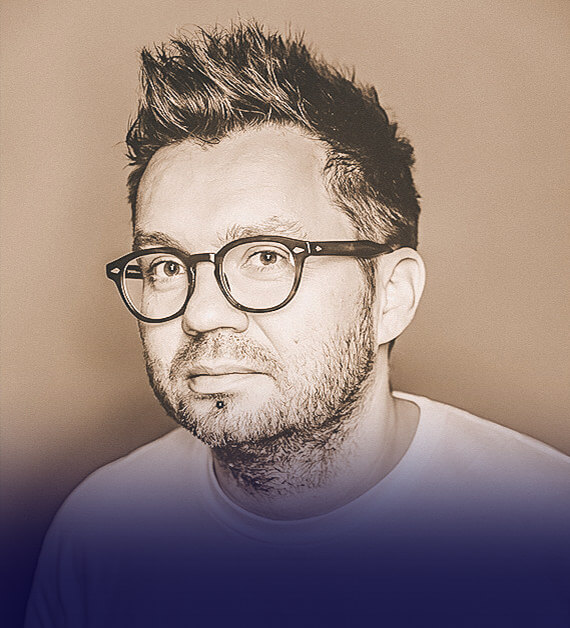 A multi award-winning art director, illustrator and graphic designer, his work is renowned for its brave use of colour and attention to intricate detail.

In March 2016, Malinic released his latest publication, Book of Ideas. The #1 Amazon bestseller has helped novices and professionals across the world to find a new way of approaching their creative work. 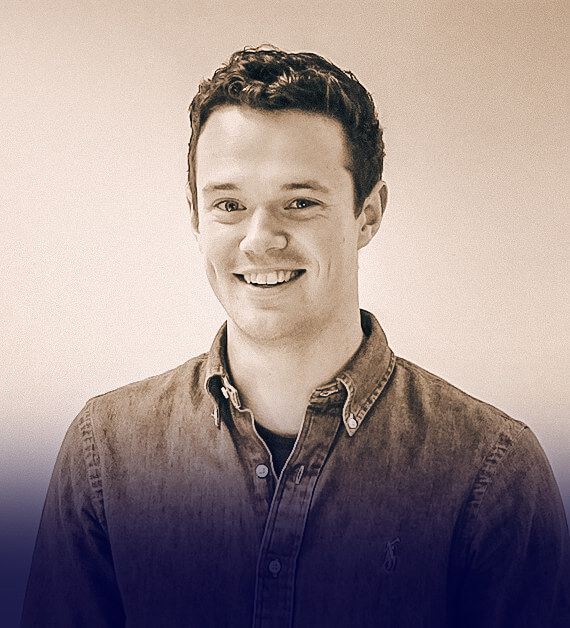 Steven joined Mystery Box as a Lead DevOps Engineer in 2015. During this time, he was responsible for supporting our custom infrastructures whilst protecting services in the cloud against hackers and viruses.

As Technical Director, Steven is responsible for overseeing the design, configuration, operation and optimisation of computer systems and networks. He works with engineers, developers and directly with clients, to ensure effective implementation of our chosen strategy.

Also an accomplished Product Engineer, Steven designs and develops products from client specifications; working to solve problems and create cutting edge solutions that meet clients needs, whilst improving the portfolio and reputation of the brand.

His passions include golf, travel and Arsenal Football Club. 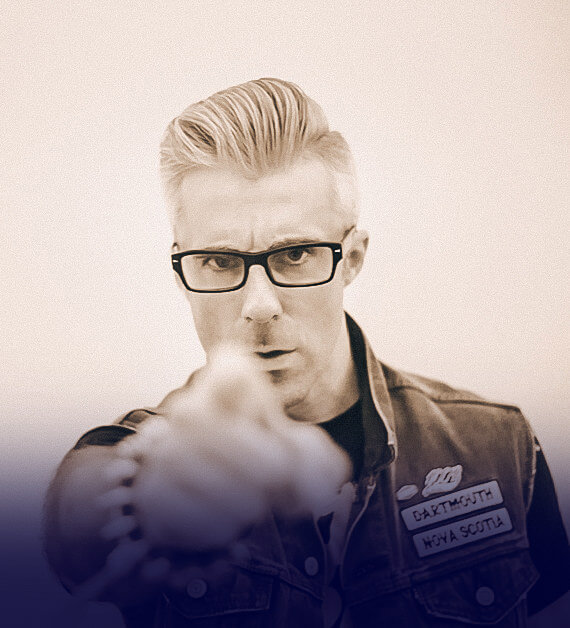 One of the industry’s best known visual artists and designers, his career began by creating and working on his own projects that took up his evenings and weekends, which resulted in the creation of the Signalnoise Studio. James’ personal projects gained wide recognition in the industry and led him to working with the likes of NASA, Muse, Toyota, Universal Music, Nike, Metallica, Warner Bros., Twitch, Radio 1, Film District and many other clients.

His incredible career is underpinned by a philosophy of being a “design renegade” and never forgetting to follow his passions – or forget his manners (don’t let the denim waistcoat and spiked-bracelet fool you!).

Today, James is focusing on various neon-infused art projects for himself and clients, creating work to compliment his 1980s childhood. He also spends a lot of time on the road speaking at various design conventions and events around the world.

His passions include 1990’s WWF nostalgia, early 2000’s internet memes and any music or film derived from the 80s. 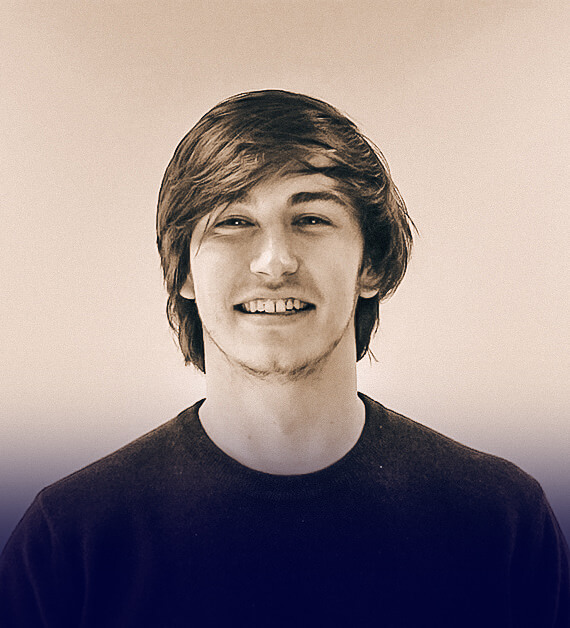 Graham’s role as Mystery Box’s Lead Developer comes with many responsibilities; from consulting with clients to managing projects. Being a developer first and foremost, Graham is tasked with tackling the most challenging aspects of websites and online applications.

His breadth of knowledge is broad, from strategic planning of production to the technicalities of both front and back end web development. Through managing a tight team of talented developers, Graham’s duty has to be performed with foresight of future projects and a clear understanding of each developers skillset and current workload. 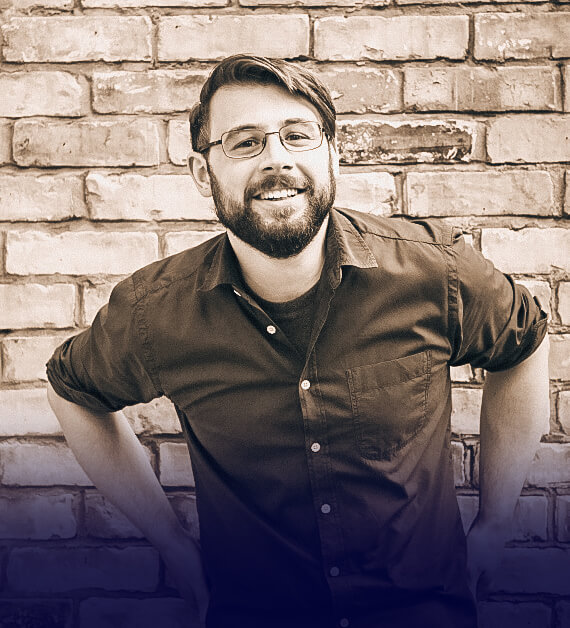 Andrew brings more than 15 years of technical expertise in building and maintaining websites, databases and IT infrastructures to his role as Full Stack Developer at Mystery Box.

Specialising in the planning and execution of complex database work, past accounts include BASF, Bayer, Emerson Electric and dCS. Andrew is a results-driven problem solver, strong communicator and firm believer in a client-focused approach to project management. 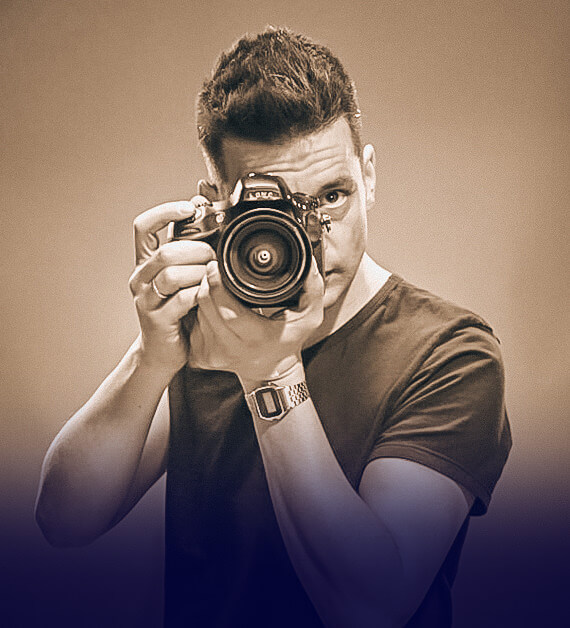 An internationally renowned photographer specialising in breathtaking action, automotive & portrait photography. Robert has shot some instantly recognisable imagery; from fast-action shots of the worlds most famous athletes and the latest Mercedes-Benz cars, to portraits of the German National Football team and the entire product range for Swarovski.

So far in 2020, Rob has shot global print ads for Nivea, athletics for Nike and product pack shots for Samsung’s latest mobile devices. 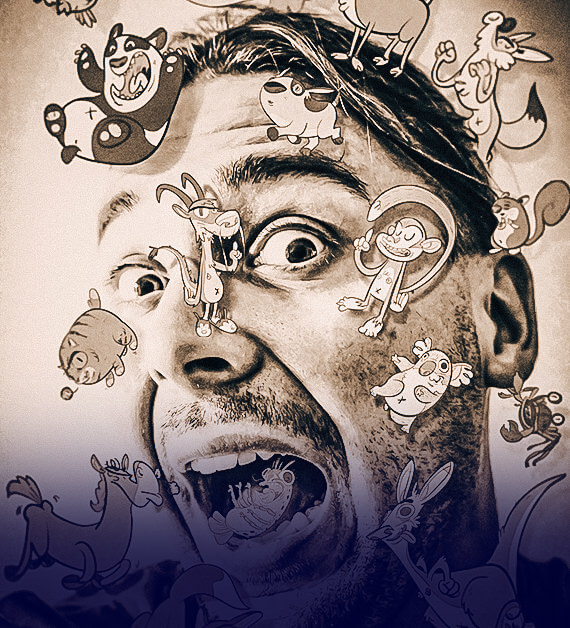 The swiss army knife of graphic design, Matteo has illustrated, branded and animated for clients with a unique sense of wackiness, fun and individuality.

He regularly enters (and wins) “illustration battles” around the world and is often invited to speak by clients such as the Adobe about his unique craft. His high creative standard is achieved unusually quickly too – perfect for when your deadline is fast approaching. 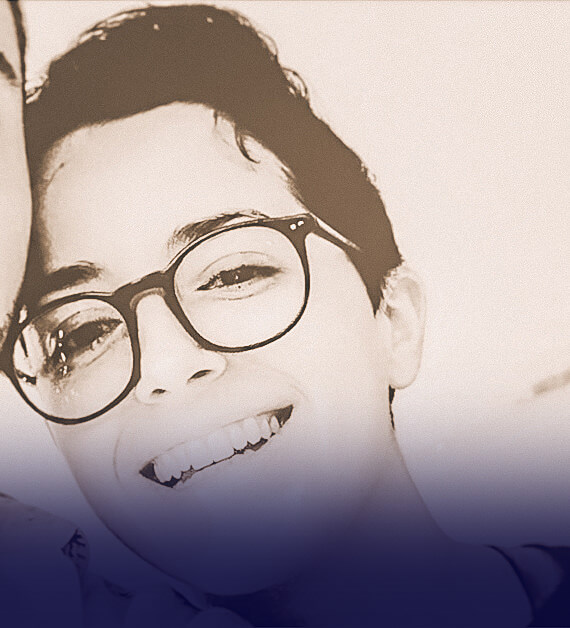 Barbara is an Italian motion graphic designer and animator.

Working closely with fellow Mystery Box artist Matteo, she loves the satisfaction of bringing beautiful illustrations to life using a range of techniques, from digital to traditional – and charming stop motion. 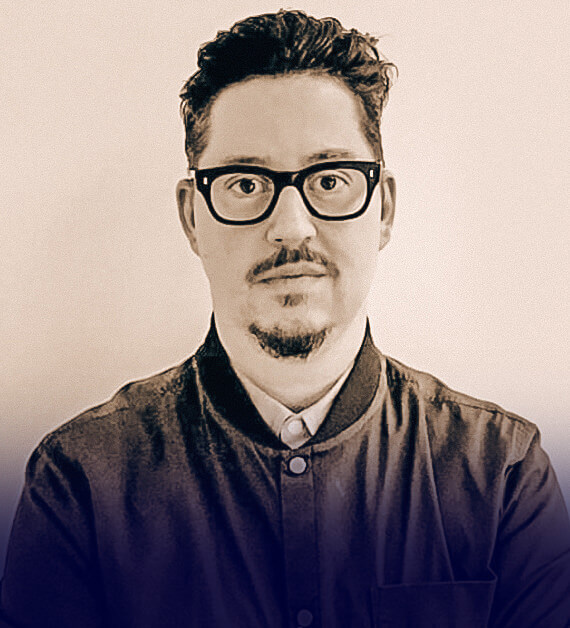 Designing under his studio name helloMuller, Tom’s widely acclaimed work for clients such as X-Men, The Wolf of Wall Street, Samsung and DC Comics, saw him named as one of the Top 100 graphic designers working today. 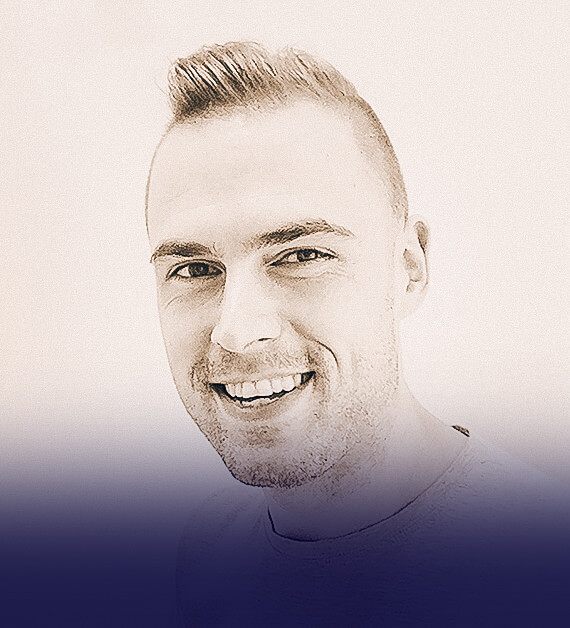 An illustrator, concept artist and digital painter (working under the moniker, Valp), Maciej’s incredible ability to digitally hand-paint portions of his work – allowing him to completely re-build specific elements from scratch – truly sets him apart from his contemporaries.

Using a combination of photography manipulation and hand-drawn effects to make his ideas a reality, his work has been featured on every platform imaginable, from album covers and TV ads to London buses. 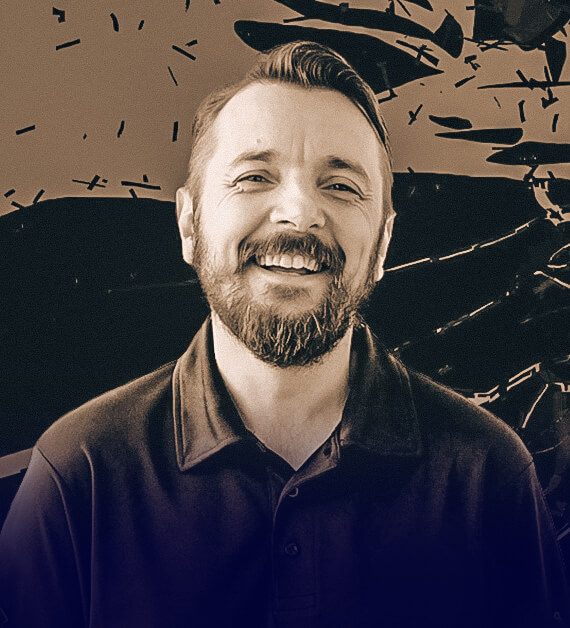 Neil is a prolific British illustrator and comics artist, having drawn stories such as Superman, Judge Dredd and The Flash, for clients such as DC Comics, 2000AD and Marvel Comics.

With an eye for detail and particularly strong technical illustrations, Neil is a versatile illustrator and colourist.

He was one of the co-founders of the British independent comic publisher Com.x, where he was the lead artist on Silent Hill for Konami and DC Comics’ Welcome to Tranquility. 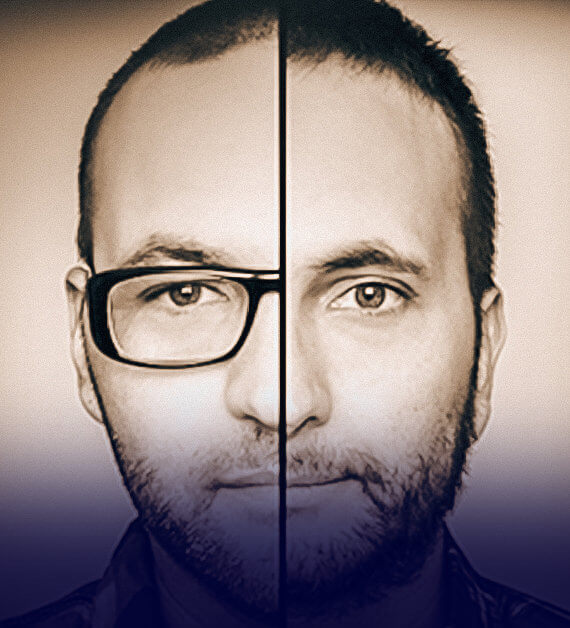 Spanish brothers Fidel and Javi inject each and every project with imagination, creativity and mediterranean spirit.

The brothers Castro form a creative partnership known as Neosbrand. They are a specialist product packaging and brand communication studio located in sunny Spain.

A multidisciplinary duo, who live and breath brand communication, collaborating with a wide range of agencies, organisations and brands, developing communication campaigns and corporate identities with the aim of creating emotional bonds between the brands and their potential customers. 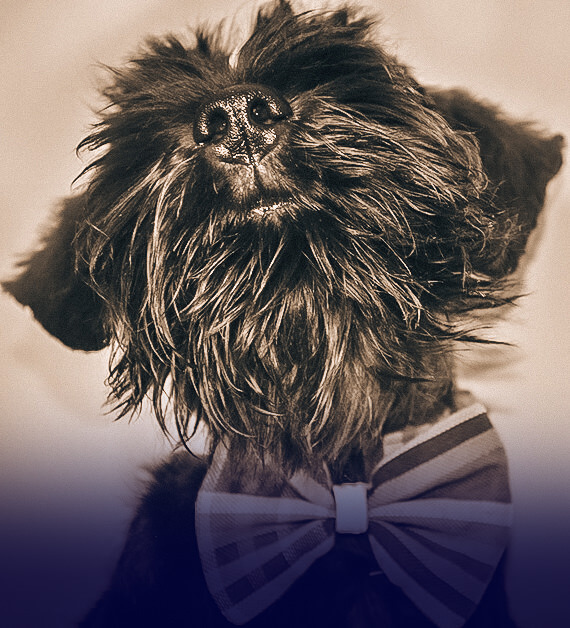 Since joining Mystery Box in 2016, he has cemented himself as a paw member of the team – displaying consistent lap-warming skills and a strong nose for an air-dried chicken treat. A black Miniature Schnauzer, Ralph enjoys walks in the park whilst brainstorming solutions to creative challenges.

He can sometimes be accused of showing a blatant disregard for his colleagues personal space and is often known to make half-eaten boxes of biscuits disappear, as if by magic. Where did they go? It’s a mystery.